Sri Lanka was an amazing and intriguing place to share with family, and to raise our children in.  There is so much to teach children about its history and culture.

In these series I will share with you some of the amazing places to see and stay in this country that we recently called home.

This cave temple complex is simply incredible.  Perched approximately 600 feet above the surrounding land, it is one of the oldest Buddhist shrines in Sri Lanka.  Dambulla Caves was named a heritage site by Unesco in 1991, it is believed that the caves at this site may have begun to be carved out of the rock as far back at the 1st century BC, and have been inhabited by Buddhist monks for nearly 22 centuries.   Studies in the area have uncovered prehistoric human remains as well.  Frescoes and over 100 statutes can be viewed inside the caves. 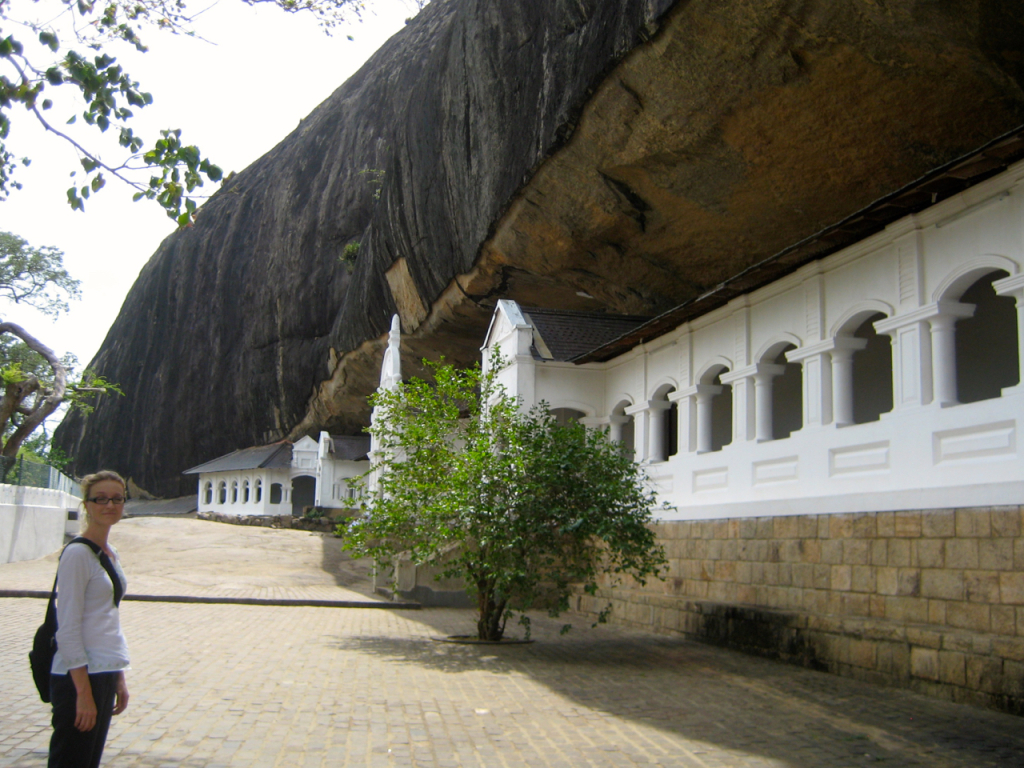 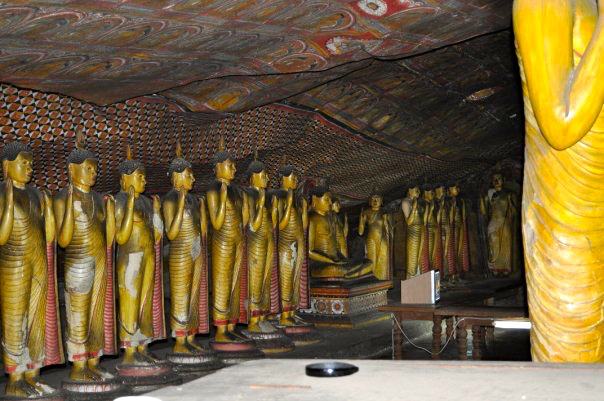 Things to Do near Dambulla Caves

This site takes approximately one half  day to explore.  It is quite a long (and uphill) walk to the Caves and after traveling, young children will not likely handle much more than this.  If however, you find you’d like to squeeze in another stop, you can carry on to Sigiriya Rock.

Where to Stay near Dambulla Caves – Vil Uyana

As we visited this area twice, we had the opportunity to stay in two different hotels.  Vil Uyana is another remarkable resort where their goal was to simply meld into the environment.   With several bungalows built on rice paddy fields, you really do feel as if nature is being respected here.  It offers luxury and tranquility. 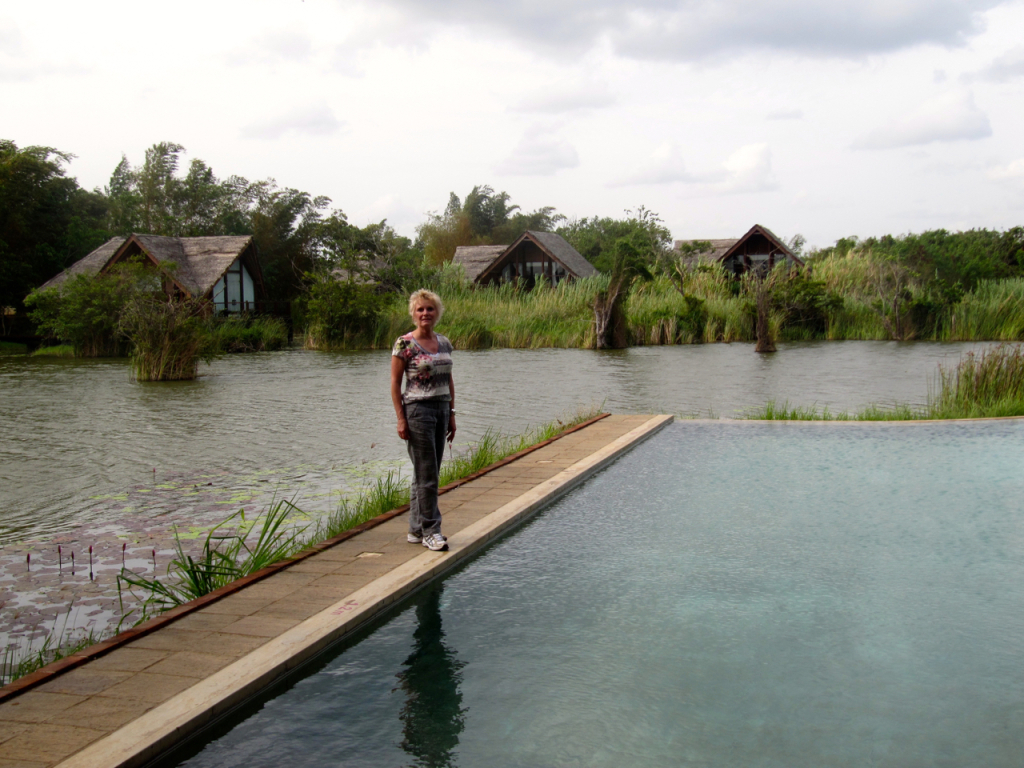 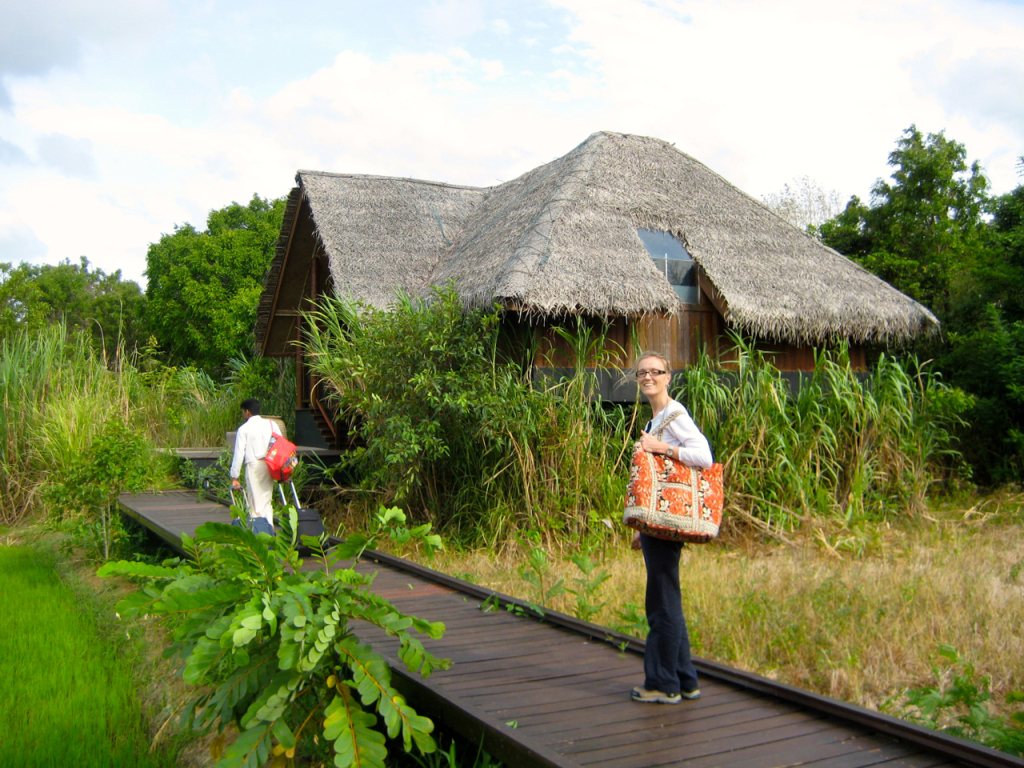 Book Vil Uyana with one of our affiliate partners on the right hand side of this page or below. 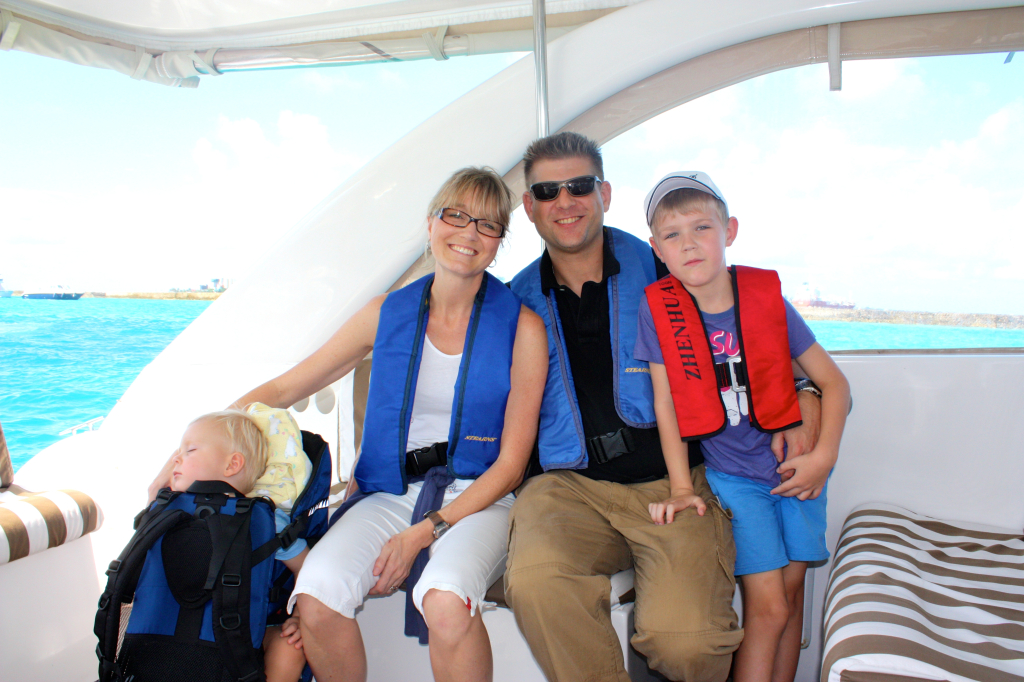